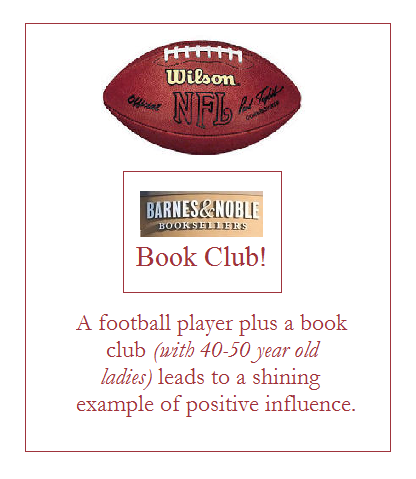 Here’s a story of positive influence that will make you smile. I didn’t know what to expect when I watched it, but I am impressed by this young man named Malcolm Mitchell. It began with a chance encounter in a Barnes and Noble book store between the young football star and a forty-something year old woman.

He is making his own choices, not following the choices of society or peers. “He doesn’t care what anyone thinks.” In fact, someone called Malcolm a nerd. Upon hearing that label he thought and said, “I was proud of it.” He paused and then commented, “it’s like a badge of honor to me, knowing where I came from.” He began to put as much effort into his reading as his football.

This is where you say ‘yes’ to opportunity and wrap your arms positively around everyone in the world. Malcolm says, “football came naturally” to him. Reading is work. He’s a well spoken young man living a positive example. All the best wishes Malcolm.

A Letter From Fred – “Oh Sweet Lorraine” An Amazing Song Written by 96...